Writing About the Dead

Still, writing about the dead is not without its complications. After all, they have their partisans here on earth, those children and grandchildren who in some cases will shed blood to defend their memory. So it is best to tread warily when discussing them.

Some legal challenges may still arise, even when you are writing about the departed. If the dead cannot sue you for libel or invasion of privacy, their survivors certainly can. So we have to be careful, when writing about the dead, to disentangle their stories from those of the living, particularly with regards to sensitive content. Before you write about your uncle’s dead friend with his colorful sexual hijinks, think carefully about his widow. She has a right to privacy and the means to enforce that right. Tailor your story accordingly, or contact the widow and discuss your plans with her. Seek legal counsel if necessary.

The issues of characterization I discussed in my previous post apply to both the living and the dead. What Walter Benjamin said about works of art also applies to the written portrayals we create of human beings. To create a complete and insightful portrait, we must capture the person’s aura—the entirety of a person’s life, plus our memories of that person, the memories of others, and the way our concept of this person has changed over time. 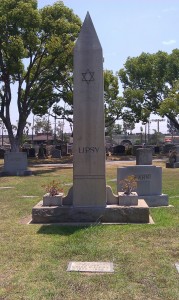 Perhaps the greatest challenges in characterization arise in discussing conflicts between relatives. What can we say about allegations of mistreatment or accusations of betrayal?

The only solution I have found so far (and it is not really a solution at all) is to widen my inquiry. Instead of focusing on the conflict itself, I investigate its antecedents. I consider the personalities involved, not to determine fault, but to enrich the story and make the conflict understandable. I also sift the contradictory fragments in my own memories, not to select any particular memory, but to give testimony to the sheer breadth and complexity of any human being. We contradict ourselves, as Whitman noted in “Song of Myself.” We are large; we contain multitudes. The biographer’s job is to describe the conflicts of a life, not cram its messy contents into one tidy package.

In the end, I think we owe the dead a certain courtesy. If we are speaking of our direct ancestors, we owe our very existence to them. They lived in an era we will never fully know, and they played by (or flouted) its rules, just as we contend with the rules of our era. It is easy to judge the dead, but judgment does not make our writing any more insightful. Better to practice compassion, if only for its own sake. We may need a measure of it ourselves one day.