How I Use Family Interviews 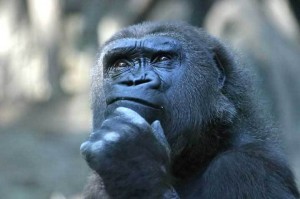 Days, weeks, or months after I interview a relative, I transcribe the conversation. Transcription is more than an afterthought, more than a perfunctory step I take by rote. When I transcribe, I feel like I’m reliving the original interview. It puts me in a thoughtful frame of mind.

Typing up what my relatives have said is a laborious process, involving hours of careful listening and machine gun typing. It taxes the mind and taxes the fingers. I can only sustain this work for a few hours at a time.

Even with my good digital recorder, I sometimes have trouble making out the words. Sometimes people mumble. At other times, background noise obscures the words. I play these recordings back at reduced speed, which makes the voices sound slow and druggy. When I hear my own voice, I often cringe with self-consciousness.

Still, transcribing interviews is extremely valuable. The verbatim transcript is essential source material for my writing. More importantly, when I transcribe an interview, I hear the emotion in my relatives’ voices, which tells me—as if I didn’t already know—how they feel about their stories.

Apparently,  musicians have a similar experience when they transcribe solos by other musicians. They pick up the other player’s vibe. And since a jazz solo depends in large part on memory, when musicians transcribe solos, they are incorporating the musical memories that fueled those solos.

This is how I feel when I transcribe interviews. It’s as if I’m incorporating the memories of my relatives—not only the factual stuff of their memories (which can be unreliable), but the emotional and sensory content.

Oddly, I never quote my relatives directly. I have no wish to compile oral history. Quoting my relatives at length would sacrifice every one of a writer’s prerogatives—voice, structure, narrative technique, and style. Instead, I use their words as source material for my own telling of the story.

I never share these interviews within the family—neither the transcripts or the actual recordings. Nor do I tell one relative what another one has said. Even though I’m writing a book, I still want to offer my relatives a reasonable expectation of confidentiality. I want them to speak freely.

I honor every request to omit something from the book. This practice means that I renounce all claims to journalism, an art I much admire. I don’t see how I could do otherwise. Journalists move on when the writing is done, and they don’t have to care about (or live with) their subjects. But I’ll be sticking around when this work is done.

I keep interviews private because I don’t want one interview to taint another. For example, if I tell my Uncle Jay what Uncle David said about a particular incident, I’m only inviting Jay’s commentary on David’s account, rather than prompting Jay to relate his own memory of the incident.

The only exception I make to this practice is that I will ask one relative to corroborate another when it comes to simple factual matters. For example, I asked one uncle to corroborate something another had said about a traffic accident involving my aunt.

I should have known the effort would be in vain. My question set off a whole round of speculation, faulty recall, and confabulation. In the end, I called my aunt, which I should have done in the first place. And that proved to be a most fruitful telephone call.

I’d like to hear from other family historians. How do you conduct your interviews? What do you do with the material you gather?

How to Interview Your Relatives

How to Record Interviews